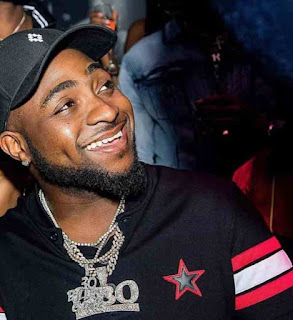 Davido has reacted after Peruzzi and Kiddominant revealed during an Instagram Live session that they wrote most of his hit songs.
During the live video, Peruzzi revealed that he’s written top hits for Davido. He said he wrote FIA, Nwa Baby, Risky and Assurance. On his part, Kiddominant said he wrote hits for Davido, including Dodo, Fall, The Money, and Like Dat.
The singer, who was being discussed, appeared to be watching the live video and he dropped a comment to let viewers know that he too has written something.
He commented: “SHEKPE !!!…. at least I write that one.”