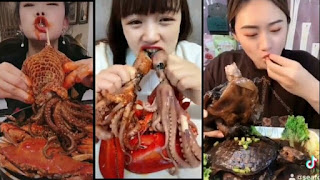 A city in China has been forced to ban its residents from eating dog,  snake, frog, turtle and cat meat in the wake of the Coronavirus pandemic.

The legislation was yesterday passed by lawmakers in Shenzhen, a city of around 13 million people, and will take effect on May 1, according to a government notice.
The news comes after China banned all trade and consumption of wild animals, a practice, which scientists believe is responsible for the deadly virus infecting and killing people globally.
The officials described the new regulation as the ‘universal civilisation requirement for a modern society’ and said the aim is to ‘further satisfy the daily needs of the people’.
According to the document, nine types of livestock are suitable for people to eat. They are pigs, cows, sheep, donkeys, rabbits, chickens, ducks, geese and pigeons.
Residents are also allowed to dine on aquatic animals permitted by law.
Before the law was passed,  one spokesperson said the authority wanted to make it easier for people to know what can be eaten.
‘There are so many animal species in nature. In our country alone, there are more than 2,000 kinds of protected wild animal species.

‘If the local authority is to produce a list of the wild animals that cannot be eaten, it will be too lengthy and cannot answer the question exactly what animals can be eaten,’ the official said.

In China, Coronavirus has claimed 3,312 lives and infected more than 81,500 people since the outbreak started in Wuhan.