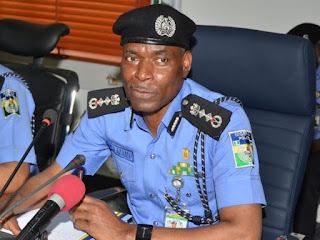 The Nigeria Police Force has accused some unidentified soldiers of shooting to death three police officers and a civilian along the Ibi-Jalingo Road, Taraba State.
The Force added that several other officers were also injured during the attack.
The police operatives, led by ASP Felix Adolije of the Intelligence Response Team, reportedly came under attack while taking a kidnap kingpin, Alhaji Hamisu, to the command headquarters in Jalingo.
The Force spokesman, DCP Frank Mba, explained in a statement in Abuja on Wednesday that one police Inspector, two Sergeants and a civilian died as a result of gunshot injuries sustained in the attack.

Mba stated, “The policemen were taking the arrested suspect, Alhaji Hamisu to the command headquarters in Jalingo when they were shot at by the soldiers despite sufficient proof that they are police personnel on legitimate duty.

“Three policemen comprising one Inspector and two Sergeants and one civilian died as a result of gunshot injuries while others sustained serious gunshot wounds. The soldiers thereafter released the handcuffed suspect, Alhaji Hamisu, who is now on the run.”

The statement said the Inspector-General of Police, Mohammed Adamu, had ordered the Assistant Inspector-General of Police in charge of Medicals to proceed to Jalingo to ensure the treatment of the injured officers. It added that the remains of the deceased had been deposited in the morgue.
Reacting to the killing, the acting Director, Army Public Relations, Col. Sagir Musa, said that soldiers attached to 93 Battalion, Takum, Taraba State, killed the three policemen and one civilian in error.
Musa, in a statement on Wednesday night, stated that the policemen allegedly refused to stop at a military checkpoint and were trailed and shot dead by troops who had earlier received a distress call.

Musa said, “The attention of the Army Headquarters was drawn to a release by DCP Frank Mba, the Force PRO, on the unfortunate incident that occurred on August 6 in which troops of 93 Battalion, Takum, pursued and exchanged fire with some suspected kidnappers who indeed turned out to be an Intelligence Response Team from the Police Force Headquarters, Abuja on a covert assignment from Abuja resulting in the death and injury of some members of the team.

“The said Nigerian Army troops, while responding to a distressed call to rescue a kidnapped victim, exchanged fire with the suspected kidnappers along the Ibi-Wukari Road in Taraba State.”