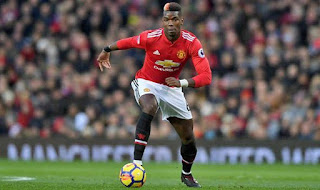 Real Madrid have reportedly agreed personal terms with Man United and France midfielder Paul Pogba, as Los Blancos seemingly edge closer to wrapping up a move for the player.
Pogba has been linked with a move away from Old Trafford for most of this summer, and now, it seems like the French international is close to finalising a move away.
According to Don Balon, the Red Devils superstar has agreed a five-year deal with Los Blancos, one that’ll see him take home around €17M-a-year, a total which equates to around £300,000-a-week.
The report also notes that United want €170M for Pogba, whilst Real aren’t willing going to go past €150M, thus it seems like the Spanish giants are just €20M off of finalising a move to the Santiago Bernabeu for the 26-year-old.
Pogba is one of United’s best and most influential stars, and hearing that he’s agreed terms with Real ahead of a potential move to the club will surely be a hard pill to swallow.
The Frenchman was arguably the club’s most important player last term, and should they sell him to Real in the coming days, Solskjaer’s side will have very little time to bring in a replacement ahead of Thursday’s transfer deadline.