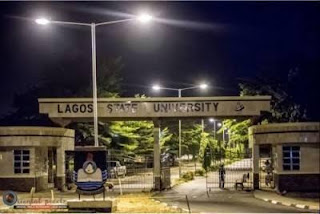 The Management of Lagos State University, LASU, Ojo has denied the rumour that two of its students were found dead in front of the main gate of the institution.

An information officer of the Centre for Information, Press and Public Relations of the institution, Mr Gbadegesin, speaking to the media on Monday said the corpses were not that of LASU.
According to him, the said corpses found at the front of the school gate were victims of “hint and run” driving.
On the same vein, the public relations officer of Student Union Government, Olowu Oluwatobiloba, disclosed that the corpses are not that of their members.
Olowu said: “After several search, it occurs that the said body are not students of Lagos State University and not a cult-related issue. These bodies are just victims of hit and run driver.”
Tunde Buraimoh, an eye witness, said the victims were knocked down by commercial bus ereyesterday (Sunday).
Olowu later advised the students not to panic as the management of the institution has reported to the appropriate authorities.