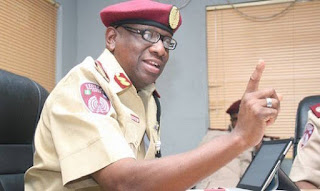 The Federal Road Safety Corps says its officers are not authorised to seize vehicle documents. It, however, noted that driver’s licence belongs to the Federal Government, warning that it has a legal power to retain driver’s licence of any erring motorist.
The FRSC RS8.17 Ilorin unit commander, Zakari Mohammed, said this yesterday at a stakeholders’ meeting.
Presenting a paper, the FRSC’s legal officer, Kayode Ajibike, said officers have the legal power to toll vehicles of any erring driver, saying such vehicle would be handed over to the police.
“If you know you have not committed the offence which you are accused to have committed, you can challenge such road safety official,” he said.