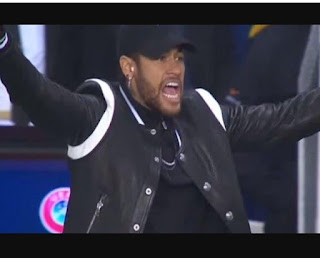 Brazilian forward Neymar Jr. has told Paris Saint-Germain that he will no longer play for them as he tries to force through a move back to Barcelona, according to reports.
The 27-year-old has been linked with a sensational summer return to the Nou Camp but the Parisian club have told him that he won’t be going anywhere before the transfer window closes.
According to Spanish news outlet SPORT, Neymar is now taking drastic action and is unwilling to meet any of their demands until a move has been agreed.
SPORT also reported on Wednesday that PSG were hoping the Brazilian superstar would be willing to stay for one more season if they agreed to letting him go next summer.
However, Neymar wants to leave the club now and has decided to train by himself on PSG’s pre-season tour of China.
He is yet to play any games for the club since returning from his summer break and looks likely to continue his protest to force through his move before the window closes.