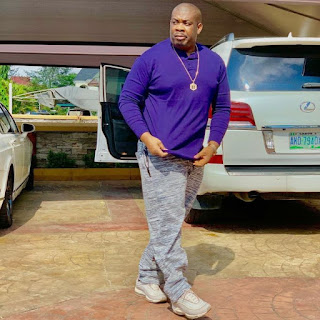 Nigerian record producer and Mavin’s boss, Don Jazzy has stressed that he cannot be forced into marriage by anyone.
The 36-year-old record producer, who is constantly disturbed by his followers and loved ones to get married, took to Instagram to make this statement.
He said this while replying to DJ Big N, the Mavin Records official DJ, who said he has given up scouting for a wife for his boss, saying the ‘Don’ can find a wife for himself.
Don Jazzy responded: “haq haq haq. No one can force the Don to get married.”