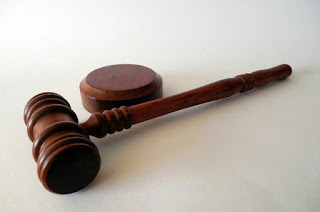 A housewife, Mrs Olamide Ganiyu, on Friday told a Mapo Customary Court in Ibadan, to dissolve her marriage to husband, Sikiru, because he is fond of going to the night clubs and bringing in strange women to their matrimonial home.
In her testimony, Olamide, who resides in Idi-Obi area of Ibadan, alleged that Sikiru, nio longer respects their union.
”He is fond of attending night clubs and bringing home strange women. He locks my children and I out of our home.
”He doesn’t cater for the children,” Olamide alleged.
The defendant who consented to the prayer for divorce, refused to speak on any of the accusations made by his wife.
”My wife is a disobedient wife. I have caught her with different charms in my home,” he said.
Chief Ademola Odunade, the court’s President, granted the prayers of Ganiyu and dissolved the marriage.
Odunade, who awarded custody of the three children to Ganiyu, ordered Sikiru to pay monthly allowance of N12,000 for the children’s upkeep.