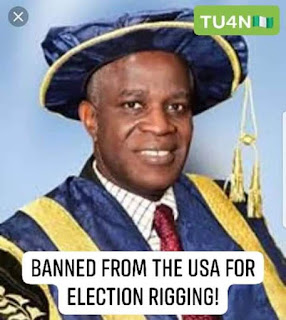 An unconfirmed reports indicate that the Resident Electoral Commissioner in charge of Osun during the elections was said to have been denied Visa by the American Embassy based on his alleged role in the manipulation of the elections in the state.
Professor Joseph Fawup has been banned from entering the US. with his family, according to reports.
Recall, US has stated that they will deny visa to anyone found to have been part of election rigging in the country.
Dan Musa, a business man, said: “Many people are being careful. Nobody wants to be denied American Visa. Even the Judges and Lawyers are being careful”.