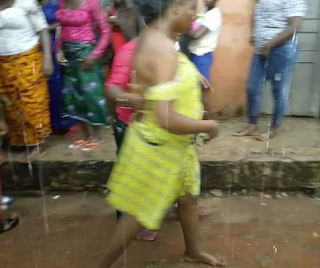 THERE was a mild drama last Friday at the orthopaedic ward of the Central Hospital, Ughelli, after a woman who came to the ward under the guise of visiting a patient, stole a phone belonging to an accident victim under admission in the hospital.
The woman identified as Blessing Oteri in the company of her 2-year-old baby, was subsequently arrested by the police and detained at the Ughelli Division ‘A’ Police station.
Giving details of the incident, a senior police officer at the Ughelli Police Area Command said the suspect, who later confessed in her statement to the crime, had  hid the phone, a Techno B1, in the toilet.
The police source who spoke on condition of anonymity said: “In her confessional statement, she admitted stealing the phone and hid it in the toilet from where the phone was retrieved.”