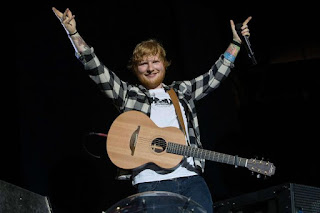 British Singer, Ed Sheeran took a swing to stop his neighbours from filing noise complaints against him, by spending £4million to buy up houses around him.
The singer said to be worth $160million (£128million) reportedly bought not only the flat above his Notting Hill restaurant, but also the two houses next to his £19.8million mansion in London.
A source told The Media; ‘Ed’s had neighbours grumbling about noise before so when he got a chance to buy up the two houses next to his London home, he jumped at the chance. Ed has not only made a wise investment but is limiting the chance of people grumbling about loud music or parties.’
It was further gathered that he used the same plan for his restaurant in London. These latest purchases have resulted in a property portfolio worth a reported £47million.

‘He also decided to buy the flat above his restaurant because that could have been a massive sticking point for the business going forward.’

This also follows up report of Ed Sheeran and his wife, Cherry Seaborn, upsetting locals after positioning a bunch of hay bales around their controversial ‘pond’ in Sussex. He was granted permission for the pond based on the promise that it was for wildlife, however, neighbours are convinced that’s not the case. It said locals have now nicknamed the area Sheeran-ville because he owns so much property there.