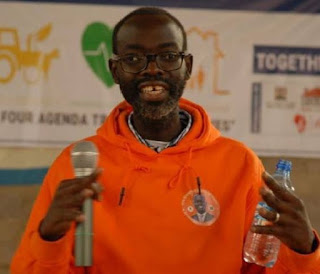 Kenyan lawmaker, Ken Okoth is dead. His family made the announcement at a press conference on Friday July 26th at the Nairobi Hospital.
His brother Imran Okoth said; “He has been on and off medication and was brought to the hospital yesterday (Thursday) morning. He was unwell and was admitted at around 5pm but at around 8pm his health deteriorated and he was taken to the ICU. He remained there until today (Friday) at around 4pm when he passed on.”
Okoth was on life support after his condition worsened; he suffered multiple organ failure. His body has been transferred to Lee Funeral home but the family has requested for privacy as they make funeral arrangements.
There will be no public viewing at the Lee Funeral Home, Okoth’s brother said noting that further announcements would be made from tomorrow (Saturday). The 41-year-old had been battling with Stage 4 colon cancer and sought treatment in France.