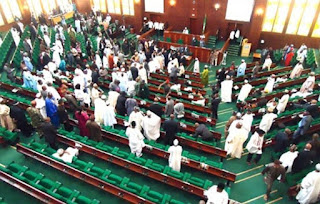 The Senate has postponed its annual recess by one week to enable members to screen the ministerial nominees.
The senators would have started their annual recess on Thursday if the President had not sent the ministerial-nominees’ list on Tuesday.
The Chairman, Senate ad hoc committee on Media and Public Affairs, Senator Adedayo Adeyeye, while addressing journalists on Tuesday, pledged that the nominees would be thoroughly screened.
He added that the Senate would suspend its rules and would be sitting beyond 2pm every day during the exercise. He said plenary would be conducted from Monday to Friday until all the nominees had been successfully grilled. He also said all nominees would be given special privilege because they would all be asked critical questions.

Adeyeye said, “We have postponed the recess till the end of next week. We are suspending a lot of our rules. Plenary normally does not hold on Fridays, plenary will hold on Friday this week and Monday next week in order to hasten the process.

“We want to do a thorough job and we want Nigerians to know that we are doing a thorough job. It is going to be a lot of sacrifice on our path. We are going to work in unusual hours, normally we sit from 10am to 2pm, that will not apply during this period of confirmation.

“We are going to sit till very late, virtually every day. On Friday, we will sit till we are tired. We will go on a brief recess and proceed until 10pm. We have given ourselves enough time, we will work in unusual hours.”

“Those who usually will be asked to take a bow, this time round we will try as much as possible to ask them questions so they can explain to the public what they intend to do.

“We want Nigerians to witness the process. Please I want to seek your indulgence that some have stage fright, not that they are not brilliant. Please try to understand a few of these issues. This Senate is a complete departure from the past. If we are to rush it, the process will not be thorough.”

Asked if the ministerial nominees who performed below expectation would still be confirmed, Adeyeye said the Senate, being an independent institution, had the right to reject any unqualified person on the list.
Adeyeye said, “Absolutely, the Senate is an independent body. The constitution gives us the role to either confirm or reject nominees.”
But on Tuesday, the list generated diverse reactions as the main opposition Peoples Democratic Party said it was full of incompetent and failed men.