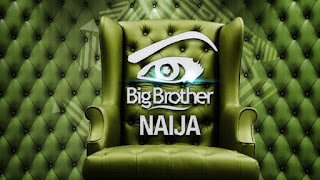 Until Sunday, July 7, 2019, Khafi and Gedoni were just fellow housemates. It took being up for eviction for the police officer and 31-year-old fashion entrepreneur to find the spark for their affair. While Gedoni had tried slowing things down, Khafi has continued to shower him with public displays of affection in and around the BBNaija house. When asked about their relationship, Khafi couldn’t hold back as she said, “I like Gedoni’s company and we are good together. I would say my heart has been arrested by Gedoni.”
The two have continued to bond and getting stronger by each passing day with Khafi marking her territory amongst the other female housemates. The couple has also become strong contenders in the house.
2. Mercy Is So Into Ike And She’s Not Joking

26-year-old Mercy Eke auditioned for BBNaija to become famous. She had told viewers that she has no expectations but will be dishing out all the sauce just to win the prize money. Barely seven days into the game, cupid struck and she’s currently smitten with Ike, the Houston, Texas-based housemate. Mercy and Ike’s relationship has seen the popularity of both housemates rising among viewers. Mercy’s popularity was tested after Frodd put her up for nomination to save himself and the result was amazing. Mercy believes Frodd replaced her with himself because he was hitting on her with no luck as she has her mind settled with Ike.
Until Sunday, July 14, 2019, when Ella was evicted, Mercy had to face stiff competition in her. Ella competed for BBNaija prize money as well as Ike’s heart with Mercy.
Mercy and Ike have expressed deep affection for each other saying they intend to continue with the affair even after the affair. Theirs can be likened to Teddy A and BamBam but only time will tell if the affair will last that long.
When asked recently on his affair with Mercy and Ella, Ike said, “I don’t know if there’s a triangle. We all are getting to know ourselves. I would be heartbroken to see Mercy leave the house.”
3. Diane Is Smitten With Nelson But Tuoyo Is Longing For Her

Like Mercy, Ella and Ike, Diane Yashim is stuck between her feelings for Nelson and Tuoyo’s feelings towards her. While Diane has consistently shown she’s so into Nelson, the 2018 Mr. Universe Nigeria is yet to fully reciprocate. During their quiet time together, they talk passionately about common things but fail to open up on how they feel for each other despite the glaring emotions. It is believed that Nelson’s reason for drawing back might not be unconnected with Tuoyo’s display of affection towards Diane. Few days after the 21 housemates entered the BBNaija house, Tuoyo had covertly marked his territory with Diane though she seems to be enjoying the attention but yet to get herself committed. So strong is Tuoyo’s feelings for Diane that he requested some flowers from Biggie to give to a special lady in the house. Tuoyo confessed to having strong feelings for Diane. At some point, Sir Dee had also been seen getting close to Diane but she was quick to tell Ebuka Obi-Uchendu that Sir Dee is just like a brother to her.
For every BBNaija season, one or two couples emerge. While some last till and after the reality TV show, others end the relationship even before it takes flight. From Nina and Miracle to Tobi and Cee C, Tobi and Alex, Khloe and Leo, Soma and TBoss, Teddy A and BamBam, ThinTallTony and Bisola, BBNaija has become synonymous with producing couples with a short-lived romance or a full-blown affair.