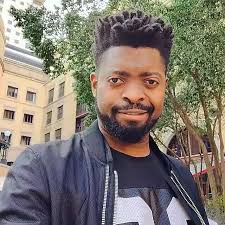 POPULAR comedian, Bright Okpocha, aka Basket mouth, has announced on Instagram that he is going back to his alma mater, the University of Benin.
However, the reason the graduate of sociology and anthropology is going back to his school is to treat the students to a comedy show.
The event titled ‘Back in UNIBEN’ holds between  4pm to 8pm on June 24, 2019 at University of Benin main auditorium.
“It’s been 21yrs since have seen her,” he said as he posted a video.
“I’ve been thinking of going back to where it all began. I am going back to UNIBEN, this is where I started doing professional comedy, I will be there at the main auditorium to produce one gig comedy for free. Just go to www.cokobar.com for free ticket”.