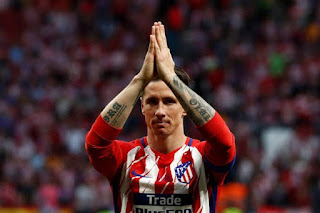 Former Liverpool, Chelsea, Atletico and Spain striker Fernando Torres has announced his retirement from football.
The 35-year-old, who is currently playing for Sagan Tosu in Japan, confirmed the end of his football career on social media.

He wrote: “I have something very important to announce. After 18 exciting years, the time has come to put an end to my football career.”

“Next Sunday, the 23rd at 10:00AM, local time in Japan, I will have a press conference in Tokyo to explain all the details. See you there.”

He had a glittering playing career in which he won almost all the major trophies in football with Liverpool, Atletico Madrid, Chelsea and the Spanish national team.