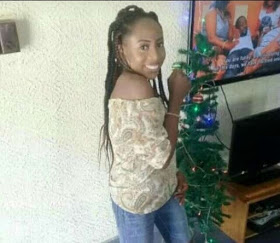 A 300-level Medical Laboratory Science (MLS) female student of the University of Benin (UNIBEN), has taken her own life.

The girl whose name was given as Christabel Buoro, took substances believed to be snipper on Tuesday at her off-campus hostel in Ekosodin.

Contrary to media reports that Miss Buoro died as a result of heartbreak, preliminary investigation showed that her death has nothing to do with sour relationship.

The deceased left a note which suggested that she must have died as a result of depression.

The deceased had asked whoever that saw the note to “hold” two ladies (names withheld) responsible, citing “irreconcilable differences” as reasons for her actions.
According to the note, she only took to suicide as last resort and to prove a point.

It was gathered that it was the deceased neighbours who alerted men of the Nigeria Police, BDPA-Ugbowo division, when several attempts to reach her proved abortive.

A bottle of the sniper she took was however seen beside her body, our source added.

As at 7:15 pm when our news crew visited the scene, a police van was seen recovering the body from her apartment to the University of Benin Teaching Hospital (UBTH) morgue.

When contacted for comments, Spokesman for the University of Benin, Mr. Michael Osasuyi, confirmed the development. He however said he was yet to be officially briefed about the incident. 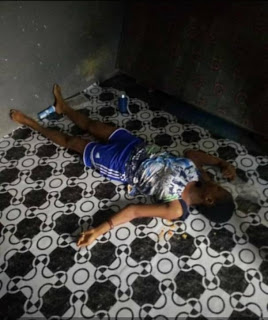 “It is unfortunate that we lost one of our students. We sympathize with the deceased family most especially the MLS department,” Osasuyi added.

A police source said investigation into the incident had begun, adding that the deceased family would want their privacy respected “for now.”

“The two ladies (whose names were listed in the suicide note) have been invited for questioning, they are currently in our custody, that is all I can tell you for now,” the police source said, adding, “her (the deceased) family wouldn’t want any detail in public now until investigation had been concluded.”

A friend of the deceased, who did not want her name in print due to the nature of the incident, said the late student had attempted suicide after she was reportedly raped in 100-level.

She said, “I can boldly say her death has nothing to do with heartbreak. Christy has been secretly dealing with depression, she doesn’t talk she is the secretive type. But she had once attempted suicide in 100-level by taking overdose paracetamol after she was ‘raped’.”

The rate of suicides involving students has been on the increase of recent, from Obafemi Awolowo University, University of Ibadan to Lagos State Polytechnic.

The latest incident comes barely a year after Adams, a 500-level student of the Department of Computer Engineering of the University of Benin, was found dangling from the roof of his apartment at Ekosodin Community in Ovia North-East Local Government Area of Edo State.