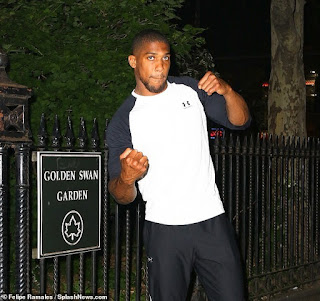 British fighter, Anthony Joshua, is now number four in the world heavyweight ranking, as published by Ring Magazine.
This comes after he suffered his first defeat as a professional to Andy Ruiz Jr.A seventh-round stoppage at Madison Square Garden, saw Ruiz Jr crowned unified heavyweight champion, the first Mexican-American to achieve the feat.
Joshua is now one place behind him. Tyson Fury has now achieved the rank of best heavyweight in the world, while American Deontay Wilder is number two.
Joshua’s compatriot, Dillian Whyte, finishes off the top five. With a fight against Oscar Rivas coming up this month, Whyte will have an opportunity to put some pressure on the leading four in the heavyweight division.