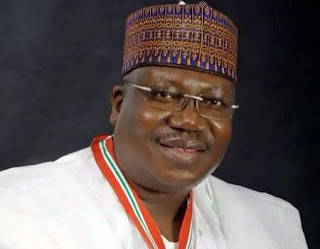 Ahmed Law an Emerges Senate President
The election for the seat of the President of the Senate has been duly conducted and APC backed candidacy of Ahmed Lawan has emerged winner of the poll.
Ahmed Lawan won the post for the ninth Senate President with 79 votes against Ali Ndume who polled 28 votes. The clerk of the Senate announces Lawan as duly elected and says he becomes the president-elect.