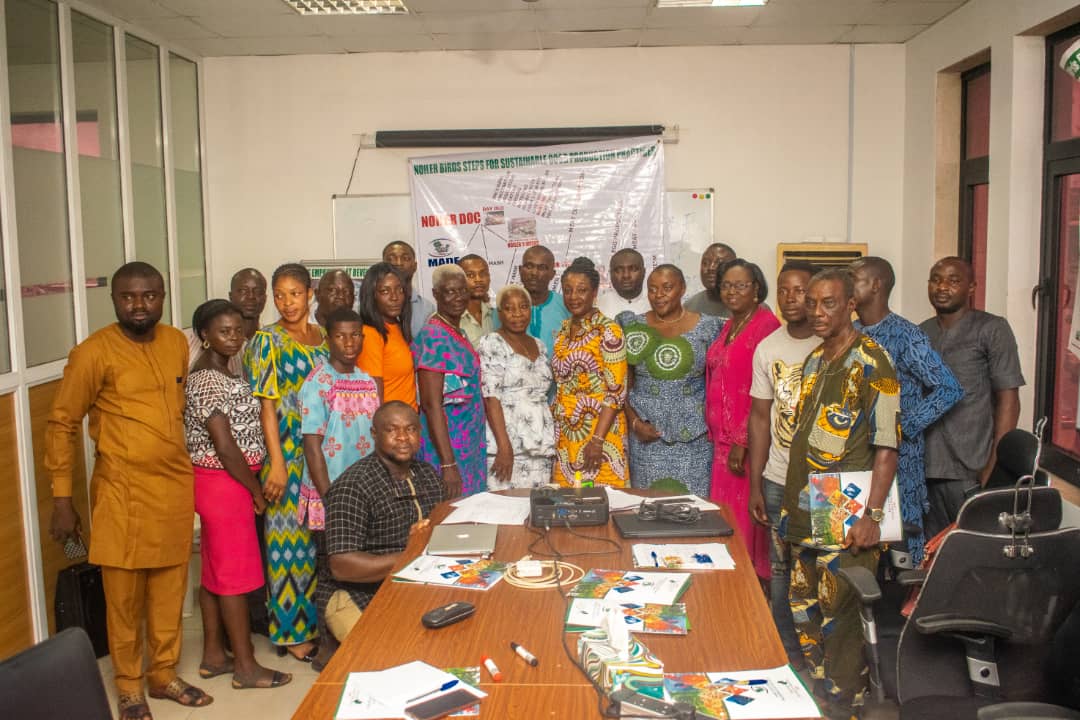 As part of measures to fulfill the Godwin Obaseki mandate of ensuring prosperity for Edo people, Wife of the Governor of Edo State, Betsy Obaseki has commenced the second phase of the Edo Women for Agriculture and Enterprise initiative which will see 18,000 women empowered across the eighteen local government areas of Edo state.

The Project which started in March 2017 with its pilot that empowered over 350 widows is expected to boost the Edo State economy with over 2.5 Billion Naira.

The second phase of EWAE which is being implemented by the First Lady of Edo state Betsy Obaseki in collaboration with the Market development in the Niger Delta MADE was kick started with training by Amo Farms who are the suppliers of the birds, for poultry owners in Benin City who have the capacity to breed over a thousand birds each.

Their poultries will serve as mother units from where the day old Noiler birds will be raised to four weeks for onward distribution to women across the state that will be empowered to off take the birds and grow them for business purposes thereby keeping the economic benefits in the state.

Emmanuel Azubuike a technical Assistant with MADE on Noiler birds who revealed that the project which will boost the states economy with over 2.5 billion naira said it will bring in at least 630 million naira benefit to the value chain in this first phase of the breeding which is from day old to four weeks.

“If each of the 18,000 thousand beneficiaries from across the eighteen local government area is to get 50 birds each, that will amount to 900,000 birds in all. Multiply it by seven hundred naira and you will see how much the off taker, Amo Farms and those maize farmers and all others in the value chain in Edo state will benefit from this sum.”

The wife of the Edo State Governor, Betsy Obaseki while addressing the poultry farm owners said the benefit is to everyone irrespective of party affiliation.

“The party platform is to enable you get the ticket to run and win; once you have won your duty is to govern everybody in Edo state whether they are in your party or not. So I did not tell them to look for party people but for the most capable hands. It is about empowering our people; its about developing our state.

This project is aimed at creating employment opportunities for vulnerable women and youths and returnees as a means of counteracting the popularity of legal and illegal migration.