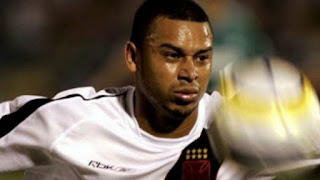 Ex-Brazilian international, Valdiram Caetano de Morais has reportedly been found dead in the streets of Santana area of Sao Paulo, Brazil over the weekend.
According to Marca, three men were arrested over Valdiram’s murder, even as one of them has since been released because of lack of evidence of his participation in the ex-striker’s death.
The report claimed that the other two remain in police custody as Valdiram’s body underwent an autopsy with the Institute of Legal Medicine. The report also claimed that an investigation into Valdiram’s death is ongoing.
Valdiram played alongside Brazil legend, Romario during their time at Vasco da Gama. He signed for the Rio de Janeiro side in 2006 and scored 14 goals in 32 games.
The 36-year-old had been battling alcoholism and drug addiction for more than 10 years.