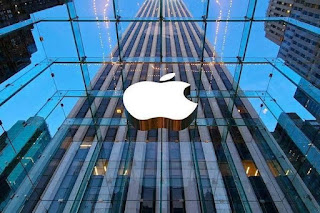 An 18-year-old student from New York is suing Apple after being falsely identified and arrested for robbery using the company’s facial recognition software. The teen, Ousmane Bah filed $1 billion lawsuit against the company on Monday, April 22.
In the lawsuit, Bah claims that the software incorrectly identified him as the robber in multiple thefts in Apple Stores across several states, according to a report from The Verge.
A photo was reportedly a part of the warrant that was used to arrest Bah who vehemently denied that it was him in the image.
New York Post reports how the thief in Boston stole $1,200 worth of merchandise from the store on May 31, 2018. The same person proceeded to steal more products in Apple Stores in Delaware, Manhattan, and New Jersey. While Bah was arrested by the NYPD for the string of robberies on Nov. 29, 2018.
The student denied the allegations, saying that he was at his senior prom in Manhattan at the time of the robbery.
John Reinhold an NYPD detective also confirmed that Bah was not the person caught in the surveillance camera at the Manhattan Apple Store. Reinhold also went on to explain in the lawsuit that Apple uses facial recognition technology to identify suspects of theft.
However, a representative from Apple told The Verge that the company doesn’t actually have facial recognition technology in their stores.
Security Industry Specialists who have a long working relationship with Apple, are the second defendant in Bah’s lawsuit. They are said to have assisted Apple in analyzing the security footage and used facial recognition software to identify Bah.
The lawsuit claims that both Apple and SIS participated in wrongful actions that led to emotional distress, defamation, and slander, among others.
According to the reports, aside from New Jersey, where a case is still pending, charges against Bah have been dropped everywhere.