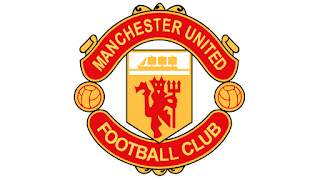 According to UK Guardian, David De Gea, Paul Pogba and Romelu Lukaku will all consider leaving Manchester United this summer if the club failed to qualify for the Champions League.
The Red Devils were knocked out of Europe earlier in the month by Barcelona and with four league matches remaining, they are sixth in the Premier League.
They will need help from Arsenal, Chelsea and Tottenham to finish in the top four, especially after Sunday’s 4-0 defeat to Everton.
There will be a major consequences on the club if they miss out on Champions League qualification as goalkeeper De Gea, midfielder Pogba and striker Lukaku would all consider summer departures.
Man Utd talk with David De Gea over contract extension have stalled and the Spaniard is believed to be interested in a move to Paris Saint-Germain.
Paul Pogba was heavily linked with a move to Barcelona last summer and returning Real Madrid manager Zinedine Zidane has expressed his admiration for the Frenchman this month.
Lukaku has lost his place in United’s starting line-up to England Forward, Marcus Rashford and the absence of Champions League football could be the final straw for the Belgian striker.