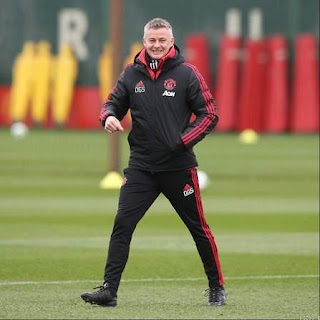 It was reported that Manchester United manager, Ole Gunnar Solskjaer, held a crisis meeting with his assistant, Mike Phelan, following their humiliating defeat to Everton.
Solskjaer’s men were beaten 4-0 by Marco Silva’s men last Sunday. The Norwegian was forced to apologise for a performance, which led to severe criticism from fans and pundits.
It is understood that an inquest continued at the Carrington training base on Monday, with Solskjaer leading a team meeting which lasted an hour.
After putting the players through their paces, it is claimed Solskjaer and Phelan held a meeting, in which the club’s recruitment and transfer strategy was discussed.