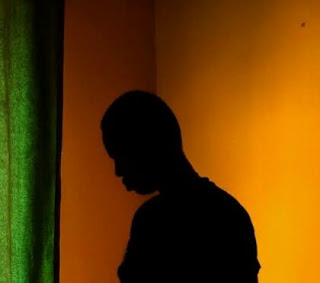 A 52-year-old electrician in the Ikorodu suburb of Lagos has admitted in court that he sucked his daughter’s breasts to make them round and big, just as the 17-year-old girl told the court that her father did not only begin to suck her breasts when she was 12, he had also been sexually abusing her until he was caught in the act by her mother after four years of continuous sexual molestation.

Mr Folorunso Oluwaseun, a father of five children, was reported to have started having sex with his daughter when she was just 12 years old and was caught right in the act by his estranged wife when the girl was 17.

The accused, who resides in Ikorodu area of Lagos State, was said to have defiled his first daughter at his residence between August 8, 2013, and April 2017.

Problems started when Oluwaseun’s wife walked out of their matrimonial home, in 2012 leaving him with five children to cater for.

The family reportedly had issues resulting in constant quarrels and shouting matches with the man accusing his wife of being tired of the marriage because he was poor.

But soon after she left the ex-husband who is an electrician by profession, he started having sex with his daughter. He allegedly started by sucking her breasts.

He was said to have told the girl that sucking the breasts would make them become as big and round as those of her mates. He graduated from sucking her boobs, to having sex with her. He then assured the girl that the sperm would make her become as fat as her friends.

Luck, however, ran out on him when his former wife got wind of the development and confronted her daughter who confirmed the act.

She then took the matter to an Ikeja Sexual Offences and Domestic Violence Court, Lagos State. Oluwaseun, however, denied the offence claiming that he was framed by his wife and his in-laws.

But despite vehemently denying ever having sex with his daughter, he admitted having an inappropriate relationship with the girl.

“I only sucked my daughter’s breasts. I didn’t have sex with her!” he said.
He added that he only sucked her breasts while he was drunk.

The accused was later charged to court, where he denied having sexual intercourse with his daughter under cross-examination by the prosecution counsel, Babajide Boye, claiming that he only sucked her breasts while he was drunk.

The victim, however, told the court that her dad sucked her breasts, claiming that he told her that he did so to make them as big as her mates and then ended up having sexual intercourse with her for four years.

The girl explained that her father started sexually abusing her when she was 12 years old and would often force her to drink salt in water solution after having sex with her and releasing his sperm inside her private parts.

The victim told the court that her mother left her father’s house in 2012 as they were always having misunderstanding.

She said, “My four siblings and I were staying with my father in a room apartment. The whole thing started one day when my father called me and said that my breasts were not as big as those of my mates; he said that he would help to suck them so that they could get bigger.

“I was in Junior Secondary School (JSS3) when he started. He asked me to sleep with him on the bed and he began to suck my breasts.

The accused, Oluwaseun, later changed his narrative to claim that police asked him to admit sucking his daughter’s breasts.