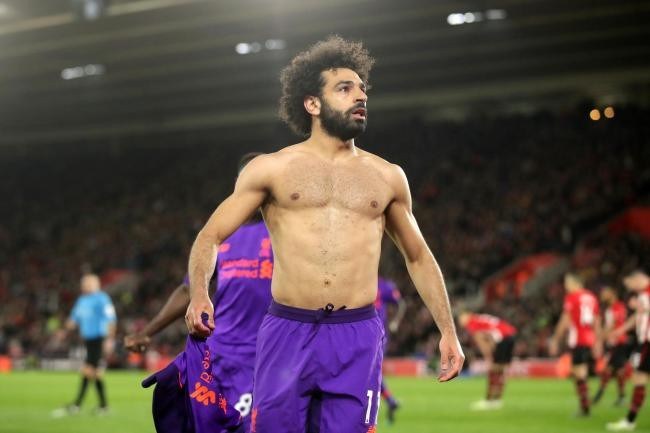 Mohamed Salah has become the fastest player in Liverpool history to reach 50 Premier League goals after scoring for the Merseyside Club in yesterday’s game.
The 26-year-old Egyptian striker scored an important second-half goal for the Reds against Southampton with 10 minutes left to play on Friday night.
The goal which came in his 69th appearance for the Reds, confirmed he reached a half-century three games quicker than previous record holder Fernando Torres.

After the match, Salah told Sky Sports: ‘I think that’s goal number 50 for Liverpool in the Premier League so that’s special – and after nine games [without one], but Henderson scored I think for the first time in maybe 30 games so we are both happy.

‘Not at all [I didn’t think about passing], as a striker I need to score, I am thinking to score. Maybe if someone is in a better position I can think but I just took my decision to shoot and I scored so I’m very happy about it.’