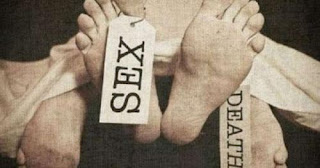 Tragedy struck at a hostel in Imo State, on Tuesday, as two undergraduates of the Federal University of Technology, Owerri, were found dead while allegedly engaging in sex romp with a female student of the institution.
The Police Public Relations Officer in the state, Orlando Ikeokwu, who confirmed the development on Wednesday, said the deceased students were suspected to have abused drugs during the sex romp.
The police spokesperson, gave the names of the dead victims as Ugochukwu Kingsley and one Richard, while the third victim, Aka Uche, 27, and the female victim, Onyinyechi Okafor, were already receiving treatment in hospital.
He said the incident occurred at the Sunshine Lodge in Ihiagwa, near the FUTO campus. According to him, substances suspected to be Indian hemp and tramadol were recovered from the scene by the police personnel, who evacuated the corpses and took the two unconscious victims to hospital.

Ikeokwu stated; “On April 2, information was received from the caretaker of the Sunshine Lodge in Ihiagwa, Owerri, that the students of the Federal University of Technology, Owerri, Ugochukwu Kingsley, Richard and one Aka Uche were engaged in a sex romp with one Onyinyechi Okafor, also a student of the same university.

“Police detectives from the Nekede Division promptly mobilised to the scene and found the four victims completely naked and unconscious. The police operatives recovered substances suspected to be Indian hemp and tramadol from the scene.

“The victims were immediately conveyed to the police clinic and two of the victims, Kingsley and Richard, were certified dead by the medical doctor on duty.

“The corpses have been deposited in the morgue of the Federal Medical Centre, Owerri, for autopsy, while the female victim, whose condition is yet to be stabilised, and Uche have been referred to the FMC, Owerri, for further medical attention.

“The families of the deceased have been contacted, while the conditions of the surviving victims are still being closely monitored.”

Ikeokwu said the state Commissioner of Police frowned on drug abuse and other illicit acts by youths, whose parents were working hard to ensure that their future was guaranteed.
The Public Relations Officer, FUTO, Uche Nwelue, said the institution was still investigating to confirm if the victims were its students.

Nwelue stated, “We are still investigating to ascertain if truly they are students of FUTO. You know that the hostel where the incident occurred, is being occupied by students from different institutions.

“Apart from FUTO students, who live there, students of the Federal Polytechnic, Nekede, also live there. We have to conclude our investigation first before we can come up with an official position on the incident. But I have read about it online.”