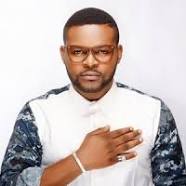 Against the backdrop of the recent killings by the operatives of Special Anti-robbery Squad, SARS, that has set the social media abuzz and got many talking, Nigerian Singer, Folarin Falana aka Falz, has queried the difference between SARS and Armed robbers.
He took to his twitter account to comment on the killings of two innocent Nigerians between 24 hours by the uniform men.
He wrote, “So called police killing young people, abruptly ending our dreams and ambitions. How many more lives are we going to lose?
What’s the difference between these SARS guys and armed robbers/assasins?