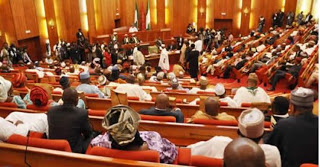 The Senate on Tuesday approved the sum of N30,000 as national minimum wage for both the federal and state governments.

The approval followed the adoption of the report of the adhoc committee on the National Minimum Wage chaired Deputy Chief Whip Francis Alimekhena (APC, Edo).

The Senate approval followed that of the House of Representatives, which equally approved N30,000 as national minimum wage in January.

Speaking after the passage of the bill on Tuesday, March 19, 2019, Senate President Bukola Saraki commended the patience of Nigerian workers and labour unions.