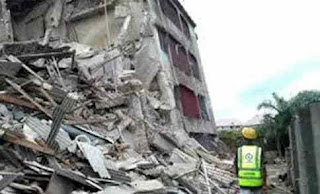 Two days after a three-storey building collapsed in Lagos State, trapping over 20 people to death, another building has collapsed at the Bode area of Ibadan, the Oyo State capital.
It was gathered that the incident occurred in Bode area, after Molete Bridge, of Ibadan on Friday.
The Commissioner of Police in Oyo State, Mr Shina Olukolu, confirmed to Channels Television that three persons had been rescued so far.
He added that rescue operations by emergency workers were ongoing at the site, as excavators were being expected to ensure prompt rescue of those still trapped under the rubble.
Olokulo said the police were working with the State Emergency Management Agency (SEMA) and other stakeholders to save as many people as possible from the disaster.