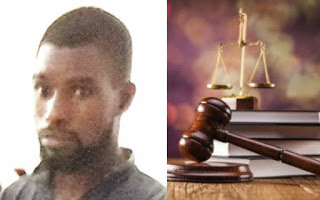 A Lagos teacher identified as Quaseem Olayiwola has been remanded in prison, after he was arraigned before a court for impregnating a 14-year-old pupil. 34-year-old Quaseem who was arrested after the case was reported to Ayobo Police Division, and he reportedly committed the sad act between October 2018 and January 2019 in a hotel. The case of the Lagos teacher who was accused of impregnating his 14-year-old pupil, was transferred to the Gender Unit of the Lagos State Police Command in Ikeja for further investigation.

He was arraigned on one count of defilement before an Ikeja Magistrate’s Court sitting in Ogba. His plea was not taken by the presiding Chief Magistrate, Mrs Bola Osunsami, as she further ordered that he be remanded in prison custody pending the outcome of legal advice from the Directorate of Public Prosecutions on the matter.