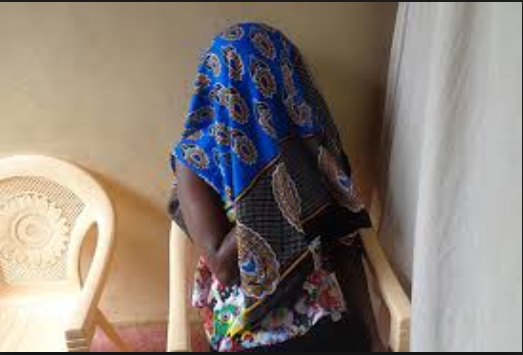 A 51 – year old Civil Engineer based in the Federal Capital Territory Abuja, Oluwadare Adesanmi, has been arrested by the operatives of the National Agency for the Prohibition of Trafficking in Persons (NAPTIP), for alleged sexual abuse of his 15 – year old househelp. The sexual abuse has resulted in a pregnancy.

The victim (Name withheld), a Junior Secondary School Student (JSS) of one of government schools in the Dutse area of the Federal Capital Territory, was hired by the family as househelp about two years ago and has been living with them in their One- Bedroom apartment before the incident.
In her painful narration, the victim disclosed that the Ondo state born man forced her to have sexual intercourse with him on two occasions in the sitting room where she sleeps. On the two occasions, he threatened to deal with her if she talks to anyone about it.

According to her, the first time was when his wife travelled and the man sneaked into the parlor where she was sleeping, touched her and forced his way into her after covering her mouth so that she will not shout out. That was the day he deflowered her and it was the man who cleaned up the blood stains and took away the bed spread she used to cover herself.

The matter now came to the open when one of the teachers in her school noticed some of the changes in the girl, she was now taken to the hospital where a pregnancy test was done and it came out positive. Upon interrogation, the man confessed but maintained that he only slept with her once.

The Director – General of NAPTIP who said the suspect will soon be arraigned in court after the completion of investigation, expressed sadness over the reported cases of child abuse, sexual exploitation and defilement across the country warning that the ugly development portends great danger to the nation.

“I am particularly sad over the increase in cases of sexual abuse and defilement of children across the country particularly the female child. It beats my imagination that children that God gave to us as our future could be turned to sex machine by some persons most of who are well respected in the society.

“This evil act must stop and I want to warn that NAPTIP shall henceforth hold parents of such children responsible because from all indications, it is the parents that often give them out to those sexually famished individuals thereby jeopardizing the future of such children in the process. Enough is enough.”, she said.