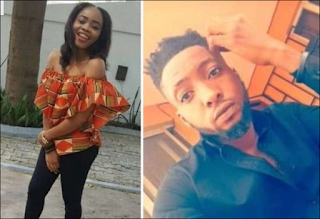 A Nigerian girl has said she wouldn’t classify all men as scum, just because she caught her boyfriend in bed with  her friend.
The young lady who spoke via Twitter said she had gone to see her boyfriend, without telling him, but got the shock of her life, when she caught him right in bed with her own friend.
The girl simply identified as @pwitycindy avoided the regular path of calling all men scum because of one man – therefore called the said man in question a scum. 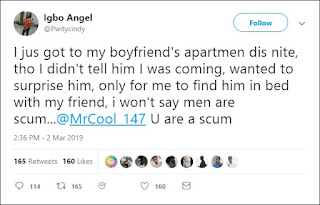