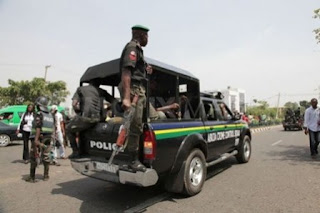 A Yaba chief magistrate court in Lagos on Monday ordered that a 40-year-old landlady, accused of killing her tenant, be remanded in Ikoyi Prison, pending legal advice from the State Directorate of the Public Prosecution (DPP), NAN reports.

The woman, Yinka Martins, is charged with two counts of conspiracy and murder.
Chief Magistrate Oluwatoyin Oghere, who gave the order, adjourned the case until April 10.
Earlier, the prosecutor, Sgt. Modupe Olaluwoye, told the court that the defendant committed the offence on Feb. 13, at 11.30 p.m. at No. 6, Odunsi St., Bariga, Lagos.
She alleged that the deceased, Mrs Mojisola Idayat, who was a tenant to the defendant, had given the landlady’s son, who was ill, some food to eat so that he could take his medication.
Olaluwoye said that the defendant later accused the deceased of giving her son leftover food to eat which resulted in an argument.

“My Lord, the defendant killed her tenant for giving her ill son food to eat. She beat the deceased to death with a plank, accusing her of giving her son leftover food. The defendant’s other tenants were present at the time of the incident and we intend to call them as our witnesses.”