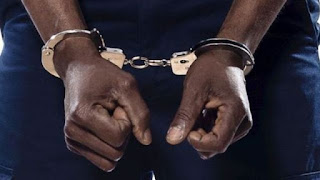 A young girl, Grace Henry Okon of No 30 Etinyin Abasi Street in Calabar, Calabar South local government area of Cross River State was allegedly defiled by three tricycles (Keke Napep) riders few weeks ago, Sources report.
The three suspects were arrested at different locations across Calabar, the Cross River state capital.
Effiong Okon Essien M, Godwin Etim Asuquo M and Hogan Bassey Okon M, the three suspects, were alleged to have gone to the family of the victim on a tricycle and forcefully dragged her into the Keke and took her away.
According to reports, the victim went to the grandmother’s place to visit her at the above address, when the suspects went and forcefully dragged her into the Keke and drove her around till night.
An eyewitness who spoke with our reporter, but pleaded for anonymity, said:
“She was taken to an uncompleted building along Adam Duke Street, Calabar where the suspects had turn of unlawful carnal knowledge of her.”
The Commissioner of Police, Mr Austin Agbonlahor, who confirmed the story to our correspondent, said the victim was examined by qualified medical Practitioner for confirmation of her health status.
“The said Grace Henry was examined by a qualified medical practitioner for confirmation of her health status. The suspects have confessed to the crime and will soon be charged to court,” he said.