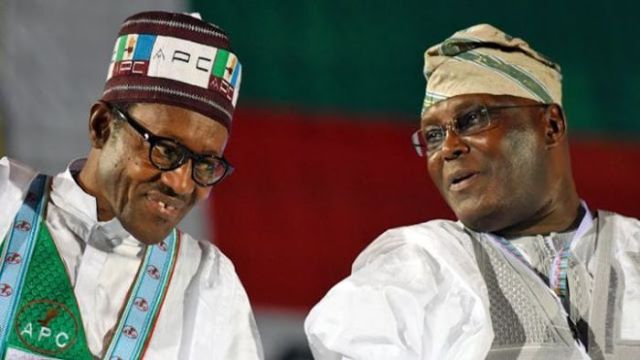 The Arewa Consultative Forum has told PDP’s Atiku Abubakar to concede defeat and congratulation Buhari on his victory.

The Arewa Consultative Forum on Wednesday urged Atiku Abubakar, the presidential candidate of the Peoples Democratic Party to concede victory to President Muhammadu Buhari, who was declared the winner of the February 23 presidential election.

A statement by Alhaji Muhammad Ibrahim-Biu, ACF National Publicity Secretary made available to News Agency of Nigeria in Kaduna, said Atiku should accept the will of the people.

“The ACF salutes the courage of Alhaji Atiku Abubakar for putting up a gallant fight with an impressive performance in the presidential elections.

“The forum calls on Alhaji Atiku Abubakar of PDP as a committed democrat who cherishes peaceful democratic transition, to accept the will of the people, concede defeat and congratulate President Buhari on his well deserved victory at the just concluded elections.

“Especially as there are credible evidence that the elections have been generally peaceful, free and fair.

“Such concession on the part of the main challenger would be in the overall interest of Nigeria and place him among global democrats.”

The ACF also urged other contestants to be magnanimous in defeat and congratulate their opponents who won.

The forum commended the Independent National Electoral Commission for conducting smooth and transparent elections, and refusing “to be intimidated or cajoled by the initial logistic challenges which led to the postponement of the elections by one week and other unfortunate incidences.”

ACF also saluted “resilient Nigerians for their personal sacrifices to not only exercise their franchise by voting candidates of their choice but also to ensure that their votes got counted.

“We equally salute other stakeholders, especially the National Peace Committee of General Abdusalami Abubakar, foreign and domestic election observers and many others for their wise counsel and commitment to peaceful election.”

It also appreciated the efforts of security agencies in making the elections relatively peaceful.

The forum congratulated President Muhammadu Buhari on his reelection and tasked him to strengthen national unity and inclusiveness so that no section or group is left out.