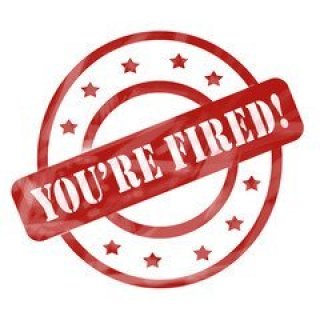 A Nigerian man on Twitter identify as @fatailekanolaji has just been served a sack letter after supporting Buhari
Fatai revealed he was sacked after he congratulated a colleague for the re-election of President Muhammadu Buhari.
He further stated he never knew his boss could go that extreme because he is an Atiku fan but the sacked man said he will continue supporting Buhari and thanked God his opposition was not elected.
in his post; 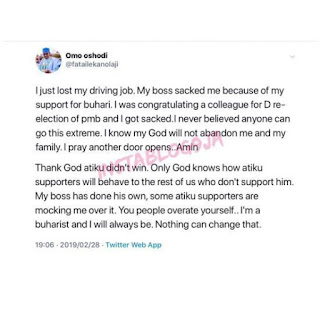