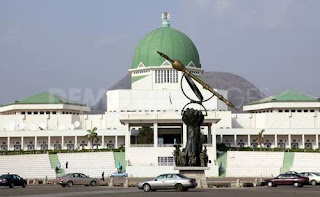 The National Assembly has shifted the resumption of plenary earlier scheduled for Tuesday, February 19 to Tuesday, February 26 citing the postponement of the presidential and national assembly elections as reason.
This was revealed in a statement by the clerk of the National Assembly, Alhaji Mohammed Sani-Omolori, on Sunday.
The statement read in part, “This is to inform all distinguished senators and honourable members that resumption of plenary session earlier scheduled for Tuesday 19th February 2019 has been postponed to Tuesday 26th February 2019 due to the postponement of the national elections.
“All distinguished senators and honourable members are expected to resume plenary session by 10 am on the 26th February 2019, please.”