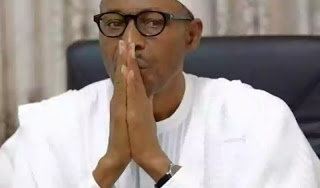 Details have emerged on how pressure from the International Community, such as the United States (US), United Kingdom (UK), and the European Union (EU) saved Professor Mahmood Yakubu, Chairman of the Independent National Electoral Commission (INEC), from being relieved of his job following the sudden postponement of the 2019 general elections.

The INEC chairman had on the early hours of Saturday cited “logistics and operational problems” to postpone the February 16 Presidential and National Assembly elections to February 23, while that of Governorship and States House of Assembly elections was rescheduled for March 9.

It was equally gathered that President Muhammadu Buhari, Presidential Candidate of the ruling All Progressives Congress (APC), who was apparently disappointed by the postponement had in a meeting in Aso Rock contemplated replacing Yakubu whom he believed had “demonstrated gross incompetence” in handling of the electoral exercise.

Sources said, “The pressure from the International Community and some Civil Society Organisations saved the INEC chairman. They believed that sacking him at this point will have huge negative impact on the conduct of the elections and its results.

“Though they felt the pains of the president and Nigerians, they believed that since the INEC chairman has promised to get everything done to have a successful election in one week, he should be allowed to carry on with the exercise. Appointing a new chairman now will no doubt give the elections credibility problems”.

Speaking on this development, Chairman of the Presidential Advisory Committee Against Corruption (PACAC), Prof. Itse Sagay said calls for the sack of the INEC boss are unreasonable.

According to him, given the logistic challenges experienced by the electoral commission in some days before the elections such as delay in budget passing and burning of sensitive materials, the best option available to INEC is to postpone the exercise in order to have a free, fair and credible poll.

He, however, faulted the timing of the announcement, saying it would have been done few days before the elections so that Nigerians who traveled far to vote wouldn’t have done so.

“Sacking the INEC chairman because of the postponement of election will be unreasonable. We have heard various things that have been happening. Card readers were burnt in different states, some never arrived as bad weather prevented aircraft from landing, therefore, prohibiting distribution of electoral materials.

“Also, there was the case of the delay by the National Assembly in passing the budget of INEC. So, the decision to postpone is better so that we can have a flawless election.

“My only blame is the lateness of the announcement. If INEC had announced it maybe two days before so that people will not travel from one point to the other or close their offices. The inconvenience caused by the last minute announcement is totally uncalled for.

“In fact, some people were already at the polling stations. That is where I blame the INEC chairman. So, postponing the election is the best option in the current circumstance. I don’t think he can be blamed for that”, he said.

Meanwhile,Reports has it that INEC will today meet to deliberate on whether political parties can resume campaigns before Saturday’s rescheduled Presidential and National Assembly elections.

Political parties had, following the postponement, said it was wrong for INEC to refrain them from campaigning, as according to them, it will affect voter turnout for the rescheduled general elections.

It would be recalled that Chairman of INEC, Prof. Mahmood Yakubu, during a meeting with stakeholders in Abuja, on Saturday, said there was no more room for political campaigns in spite of the postponement of elections by one week.

Confirming the commission’s stance on the issue, Rotimi Oyekanmi, Chief Press Secretary to the chairman of INEC, said that “on campaigns, the commission will meet tomorrow (today) and take a decision.”