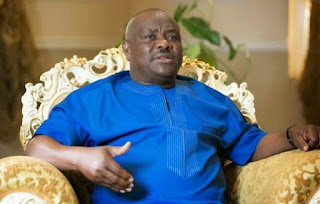 Nyesom Wike, the Governor of Rivers states, has described the presidential election as a contest between “darkness and light”, stressing the need for the Peoples Democratic Party (PDP) supporters, to work hard for the victory of their candidate, Atiku Abubakar.

Wike stated this at Emohua Local Government Area of the state, while campaigning for his re-election on Friday.

According to him, it was time for the PDP to reclaim power at the centre and save Nigeria and Nigerians.

“We are saying so because we are tired of being in darkness.

“This is a war between darkness and light,” Wike said.