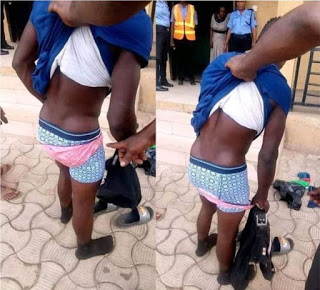 A young man was, today, handed over to the police after being caught with his sister’s panties.

In other to conceal the theft, the suspect wore the underwear on his boxers, before wearing his jean.

Inside Life, Nothing eyes won’t see.

So His Intending To Use His Sister For Ritual?