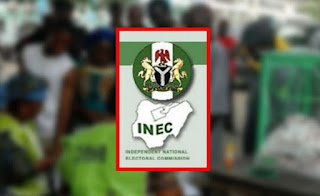 The Independent National Electoral Commission has said that there is a possibility of extending the deadline for the collection of Permanent Voters Card(PVC) in some states where the collection rate is low.
The electoral umpire had earlier set Friday, 8 Feb. as deadline for the collection of PVCs.
Speaking at the National Stakeholders’ Forum on the 2019 General Elections Thursday in Abuja, the INEC Chairman, Prof. Mahmood Yakubu, said the Commission would meet with Resident Electoral Commissioners RECs in the 36 States of the Federation and the Federal Capital Territory, FCT to review the collection rate and take an appropriate decision.
“I want to assure stakeholders that INEC is prepared for the elections. Let me assure the stakeholders and the nation that Smart Card Readers will be deployed in the 2019 general elections. The next issue is Voter Register and Permanent Voter Cards. We have a lot of complaints from citizens, however the complaints are coming from those who have damaged their PVCs and require replacement as well as those who applied for transfer and relocation but the cards have not been found.
“Some of you will ask that the last day for the collection of PVCs is tomorrow which is Friday, the 8 of November. The Commission is going to meet today after this forum and the next meeting we are going to hold is with security agencies and where it is necessary we will review the arrangement for the collection of PVCs. No Nigerian is going to be disenfranchised for no fault of his or fault of hers.
On ad hoc staff, he said; “We have three categories of ad hoc staff; we have the supervisory presiding officers. We have the presiding officers and assistant presiding officers 1, 2 and 3. The third category are the collation and returning officers. Our State offices are responsible for the recruitment and training of the first two categories. We are satisfied with the processes and we are going to do refresher training before the election”.
The INEC Chairman who explained that State Resident Electoral Commissioners have been mandated to meet with Commissioners of Police in their respective States to decide on the deployment of security, said they are to meet with State Chapters of Nigerian Union of Road Transport Workers to implement the earlier signed Memorandum of Understanding to ensure that election staff and materials are moved to various polling units before the arrival of voters at 8 am on election day.
Also speaking, the Acting Inspector General of Police, Muhammed Adamu disclosed that the six Deputy Inspectors General of Police, DIGs will be deployed in the six geopolitical Zones, 24 Assistant Inspectors General of Police, AIGs will be deployed in the Zones while 36,000 tactical personnel will also be deployed in addition to regular police to beef up security on election day.
According to him, “in the tactical unit, over 24,000 mobile police personnel will be deployed, 4000 counter terrorism personnel will be deployed and about 8000 special protection personnel will be deployed”.
“I work tirelessly with the INEC, with the office of the National Security Adviser and other security agencies to make sure that 2019 election is done in a secure manner, in a professional manner, in a way that a level playing field is provided for every political party and to indicate that all the security agencies will be impartial in the conduct of the 2019 general elections.
“All the Commissioners of Police in the States were made to identify the flashpoints within their States; to identify those that will cause what will lead to the disruption of elections and make sure that we bring them to order before the elections. That has been done. We have done the threat analysis in all the State Commands. The state Commissioners of Police are also going to identify all the polling units and voting points within their Commands in cooperation with the Resident Electoral Commissioners to make sure that all the polling units are known before the day of the election.
“Apart from the regular police officers and other security agencies posted, we have our tactical units like the mobile police force, the counter terrorism unit, our special protection unit, all deployed to give additional security”, he stated.
Adamu said all the Squadron Commanders of Police Mobile Force, Special Protection and Anti Terrorism Units will escort sensitive election materials to the State Branches of Central Bank of Nigeria CBN, Registration Areas and accompany INEC Staff and poll officials to their duty posts.
He added that there will be no Police Escort for very important personalities, VIPs to polling units but INEC State and Local Government offices, Collation Centres, NYSC Lodges and public utilities will be protected by armed Police personnel while three unarmed security personnel will man each polling unit on the day of election.
The Police Boss promised that the phone numbers of all Police Public Relations Officers, AIGs, Commissioners of Police, Assistant Commissioners of Police and other officers involved in election day security would be made available to the public before election day.