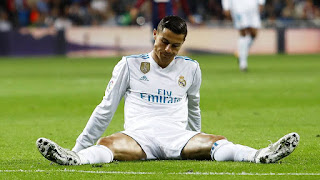 Jorge Mendes, agent to Cristiano Ronaldo, has lashed out at UEFA, after Luka Modric was named UEFA Player of the Year on Thursday.

Modric won the award ahead of his former Real Madrid team-mate, Ronaldo, who has since moved to Juventus and Liverpool’s Mohammed Salah.

Mendes called the decision “a scandal” and insists that his client should have won the prize.

“It’s a scandal; Cristiano should have won that.

“Football is played inside the four lines and Cristiano won there. He scored 15 goals and carried Real Madrid on his back to win the Champions League.