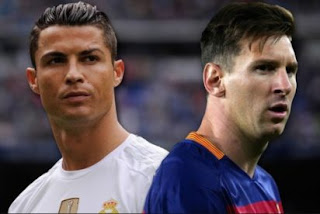 Ernesto Valverde has said that Cristiano Ronaldo’s move to Juventus could be a turning point in his rivalry with Lionel Messi.

Barcelona and Real Madrid’s encounters were taken up a notch following Ronaldo’s move to the Bernabeu in 2009, and Ronaldo and Messi have won every Ballon d’Or for the last decade.

Real Madrid are yet to make a big-money signing to fill the gap left by Ronaldo, but Valverde is still expectant to see if they try to replace him before the window shuts on Aug. 31 and is interested in seeing how they cope without him.

“Ronaldo’s departure would seem to have ended the competition between Leo Messi and Cristiano Ronaldo because people rarely mention one without mentioning the other,” Valverde told Barca Magazine.

“A lot of people are interested, me too, to see how it will affect Real Madrid’s football and what they might do in the transfer market, and also knowing that Ronaldo is at another club and what that might mean for La Liga and the Champions League too.”

other when the team won five out of six possible trophies, so the club always wants to win the lot. But you can’t always win the lot, it’s very difficult.