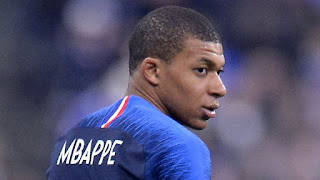 The player also put himself in contention for the individual prize in his five-man shortlist, alongside former Real Madrid superstar, Cristiano Ronaldo, Croatian, Luka Modric and France teammate, Raphael Varane.

The Paris Saint-Germain forward, however, found no room for Barcelona’s Lionel Messi on his shortlist.

If Mbappe wins the Ballon d’Or, he will have to break a decade-long monopoly of the prize by Ronaldo and Messi.

Mbappe told France Football when asked to pick out the likely winners, “For the favorites, I will say Cristiano Ronaldo, Luka Modric, Raphael Varane… and me.

“To complete the list, I think I would put myself in there too.”