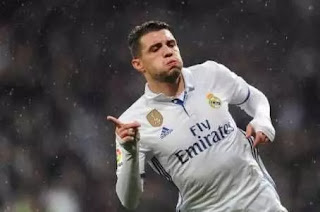 Real Madrid Midfielder, Mateo Kovacic has confirmed he wants to leave the club this summer.

Kovacic, was helpful and part of the Croatian team which reached the 2018 World Cup final but lost to France 4-2.

The Midfielder has hardly played for Los Blancos since he joined from Inter Milan in August 2015.

He has made over 109 appearances in all competitions for Real, but most of them have come from the substitute bench.

“The problem is that it’s difficult for a young player to have continuity and without that I will never be able to show my potential.

“When I don’t play of course I’m not happy. I’ve enjoyed these three years in Madrid hugely, with incredible teammates, winning trophies.

“But I haven’t been completely happy because my contribution to all of this has not been the biggest and it’s something I want to change,” he told Marca.