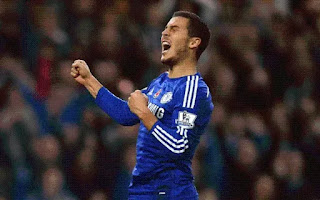 To fund what could be a huge-money deal, the 31-year-old Argentine also advised the club to offload World Cup winner, Ousmane Dembele, whom the club bought from Borussia Dortmund for €105 million last season.

Don Balon, quoting Spanish radio station Onda Cero, claimed that Barcelona were ready to trade Dembele plus a big-cash addition to land Hazard, who was the second-best player at the 2018 World Cup.

It is also believed that majority of the Barcelona squad are in favour of the club selling the 21-year-old.

This is just as Real Madrid have reportedly offered Chelsea £170 million for Hazard, a fee which the Stamford Bridge side have turned down.

Chelsea have also said they would not be bullied into selling the Belgian star, who still has two years left on his current contract.

New boss, Maurizio Sarri said, “He’s one of the top European players. I hope I can improve him but this will be difficult because he has reached a very high level.”

The 27-year-old Hazard, who has played for six years at Chelsea, is however believed to be seeking a new challenge away from the club.

Laudrup, 49, said, “I spoke to Eden Hazard a few days ago, he is preparing for a move to Real Madrid and it is a good move both for him and for Real.

“Again in Russia, he proved how good he is.”

But Chelsea are believed to be preparing an improved deal worth £300,000-a-week to keep their star man.

It remains to be seen whether Barcelona or Real Madrid will be able to lure Hazard away from Chelsea.