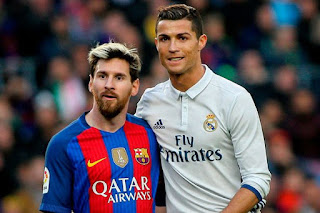 Ronaldo had signed a €115m deal with Juventus.

Speaking with ITV, Giggs said Ronaldo was obsessed with being better than Lionel Messi.

He said: “I’m surprised that he would leave Real Madrid and go to Italy.

“I think it’s a big challenge for him but he’s going to a huge club. Having that on your CV… Real Madrid, Man United and Juventus. It’s some CV.

“He’s obsessed with being better than Messi. He has that now that: ‘I did it in England,

“So maybe that will be his argument when people ask: ‘Is Ronaldo better than Messi?’.”