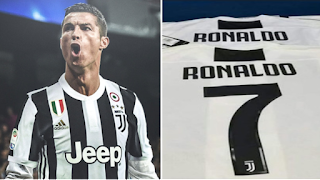 Juventus have forked out a whopping £99.3 million for a 33-year old Cristiano Ronaldo but they are already seeing some of the benefits his innate global appeal and marketability brings.

On Tuesday afternoon it was announced that that the five-time Ballon d’Or had ended his glittering nine-year association with Real Madrid, penning a four-year contract with the Bianconeri on terms that will see him earn a whopping €30 million a year in Turin.

But while it’s some serious dollar to be forking out for a player not far off coming to the end of his career, Juventus are already feeling the power of his brand in terms of shirt sales.

Yahoo Sport in Italy say that in just 24 hours of Ronaldo being announced as a Juventus player and CR7 shirts hitting stores, an incredible 520,000 shirts were sold either online or in-store.

What’s more, these Adidas replica shirts are costing a reported €105 euros a pop and so if you do a bit of multiplication, you’ll see that it’s a shitload of cash made.

Juventus don’t quite recoup all of that money in revenue because that’s not how shirt sales work contrary to what some have been led to believe, but the commercial and marketing gain is already evident. Ronaldo’s signing will take the Juventus brand to new heights. 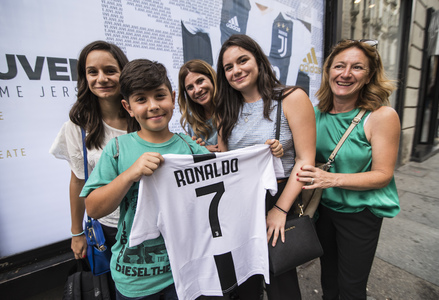 In fact, Juve’s social media growth has been through the roof on their channels ever since they confirmed the arrival of Ronaldo, with Twitter, Instagram and Facebook numbers increasing big-time.

Ronaldo is taking on his usual No.7 shirt in his new challenge and is set for an official unveiling at the start of next week.